Howmore has aptly been described as ‘A small village in South Uist famous for its ruined churches and chapels’ (Hebridean Connections). There are at least five potential structures of importance to consider, two churches and three chapels, but the identification and dating of these structures are problematic (discussed below). Its early history notwithstanding, Howmore emerges as one of the most prominent ecclesiastical sites in South Uist in the fourteenth and fifteenth centuries (Parker Pearson 2004, 156; Stell 2014, 294).

The OS 6-inch map only names three of the relevant names: Caibeal Dhiarmaid, Caibeal nan Sagairt and Teampull Mor. According to Stell (2014, 294) Caibeal Dhiarmaid is also known as Teampull Chaluim Chille, which would explain Martin’s (1703, 88) statement that: ‘The Churches here [South Uist] are St. Columba and St. Mary’s in Hogh-more’. However, Martin goes on to reference ‘St. Jeremy’s Chapel’ which could conceivably refer to Caibeal Dhiarmaid. MacDonald (2010, 251) has suggested that ‘St. Jeremy’s Chapel’ may not originally have been located at Howmore and that ‘it is possible that the name of this chapel [St. Jeremy’s] has been transferred to the church dedicated to Columba.’ Not appearing on the OS 6-inch map, to these should also be added *Caibeal Dubhghaill and *Caibeal Chlann ‘ic Ailein.

Discussion
Howmore and the Norse dimension
Although the ecclesiastical names are of primary interest here, it is worth paying some attention to the name of Howmore itself, which almost certainly is of Norse origin. The first element most likely represents ON haugr ‘a how, mound, cairn (over one dead)’, which is found in several linguistically similar formations in the Hebrides. This includes *Hogh Begh NL598875 on Barra (Ahronson 2005, 91) and Ballyhough NM174579 on Coll (Johnston 1990, 126). It is also worth noting that there is a Howbeg is located immediately south of Howmore (where the chapels are located).

Monro (1549, 48) refers to the parish as Howse which implies that before being incorporated into a Gaelic formation, the name likely existed as a Norse simplex-name: *Haugr ‘(The) Mound, Cairn’ (or possibly as plural *Haugar ‘(The) Mounds, Cairns’). This would be consistent with the use of this word as a simplex-name in Scandinavia (Cl.-Vig.). Skerehowg recorded in 1495 refers refers to Howmore denoting G sgìre ‘a parish’ + *How ‘The Parish of How’ (ALI, 156). As late as 1869, Carmichael recounted a story where a daughter of Rìgh Lochlann named Mòr gives rise to the name Howmore after she ‘died and was buried at Hough’. In the story the simplex Hough is still used to refer to Howmore and may reflect a trace of the original name.

It is a difficult matter to establish a clear chronology of Christianity on this site and the Norse dimension may add further questions rather than provide any definite answers. The two key questions here are: 1. what does the haugr in the name denote in the context of this name, and 2. what can the Norse dimension of Howmore tell us about the chronology of settlement and Christianity here? ON haugr is used to denote a mound, cairn, or hill. Typically, such (burial) cairns appear to commonly denote pre-Christian burials (see Cl.-Vig. ‘the burying in cairns was typical of the heathen age’.

The ecclesiastical structures at Howmore
Linguistically, the other place-names are unproblematic, and all contain a generic element denoting them as ecclesiastical sites (G caibeal ‘a chapel’ and G teampall ‘a church, temple’). However, the use of caibeal may be significant (see discussion below). As stated above, the ecclesiastical complex at Howmore emerges as a prominent religious centre in the fourteenth and fifteenth centuries, but the archaeological evidence reveals it as a site of earlier importance. The site was surveyed in 2003-2004 and the ‘remains comprise four medieval buildings surviving to varying degrees and two post-medieval burial enclosures, sited on an eminence and now largely enclosed by a wall of 19th-century origin.’ (Reynolds, Hamilton, and Raven 2004, 139). Caibeal Dhiarmaid (or *Teampull Chaluim Chille) along with Teampull Mor are generally thought to represent the earliest surviving structural evidence, being dated to the thirteenth century, but  Teampull Mor may in fact be of a later date (Reynolds, Hamilton, and Raven 2004, 139-40; also see Stell 2014, 294). Additionally, Reynolds, Hamilton, and Raven (2004, 140) have argued that *Caibeal Chlann ‘ic Ailein (also known as the Clan Ranald burial chapel) and *Caibeal Dubhghaill, along with Caibeal Dhiarmaid, exhibit evidence of a structural phase prior to the thirteenth century. Sculptural evidence at Howmore include a late medieval graveslab recorded in 1866 and a cross-marked stone (Fisher 2001, 108), further attesting the presence of early Christianity at Howmore (see picture).

Caibeal Dhiarmaid and Fr Dermot Duggan
Caibeal Dhiarmaid is of particular interest for several reasons. Firstly, the generic, G caibeal ‘a chapel’ is an uncommon one and the place-names at Howmore are the only instances included in this survey of Uist. A vast majority of the place-names with medieval dedications are represented by an original cill and the use of caibeal may therefore be significant. Unfortunately, this place-name does not have an abundance of early forms and the possibility that it originally had a different first element should be kept in mind, a process frequently found in cill-names. This is particularly relevant if we consider the possibility of Caibeal Dhiarmaid referring to an original dedication to Columba. It is worth noting that DoSH only records a total of four hagiotoponyms in Scotland using caibeal as a generic (Caibeal Catriona (Kintyre), Caibeal Chiarain (Argyll), and Caibeal Eoin (Arran) in addition to Caibeal Dhiarmaid). Little can be said about the caibeal-sites other than a relatively lack of any archaeological evidence or pre-nineteenth-century documentary evidence, which in itself may be telling. One explanation could be that the use of caibeal should be viewed in the context of Howmore as a larger complex of church-structures. In this case, the chapel appears to have been named in commemoration of Fr Dermot Duggan, an Irish missionary who arrived in the Hebrides in the mid-17th century (see Diarmaid).

Howmore and Iona
Howmore must have been associated with Clanranald at least by the mid-sixteenth century when Monro (1549, 48) wrote that ‘the parochin of Howse, and the mayne land of the mid countrey callit Mackermeanache, perteins to Clanronald, halding of the Clandonald.’ By the reformation ‘the parsonage of Howmore pertained to the abbot of Iona, the customary third of the teinds going to the bishop of the Isles’ (Cowan 1967, quoted in MacDonald 2010, 251), but continued to be firmly associated with Clanranald, a benefactor of Iona (MacDonald 2010, 86-7; 251). However, the ties with Iona likely pre-date the reformation as evidenced by the dedication to St. Columba which may have considerably earlier roots.

Other Sources
Caibeal Dhiarmaid (Ruins of) ‘This name signifies "Dermid's Chapel" and applies to one, of three ruins, which are pointed out as being the remains of Chapels, or Churches, of olden times, of this one, nothing now remains, but the foundation which is quite visible.’ (OS Name Books OS1/18/10/128) 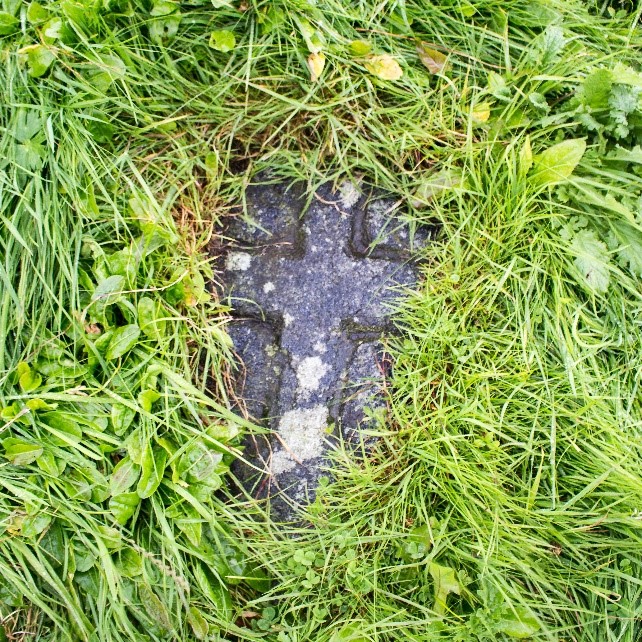