Context
This site is located in the north western part of South Uist. Early maps showing forms in Kilchainie, Kilyanen, (for which see Kilchainie) indicate that a church dedicated to St Cainnech existed here in the past. Only Àird Choinnich now survives and is described by the OS Name Books as ‘a small district of cultivated land between Loch Bee and the public Road’ (OS1/18/10/83).

The proximity of this site to Cill Amhlaidh has led Raven (2005, 162-3) to suggest that we may be seeing the rising of an eleventh century saint (St Olaf of Norway) and the spread of the Norse dominions supplanting the earlier Celtic saint, possibly explaining the lack of a clear church site for *Kilchainie. However, this is problematic since Blaeu records both Kilchainie and Kileulay, indicating the existence of both names as two separate church sites. Nevertheless, the proximity of the two sites raises questions regarding their relationship and the different spheres of ecclesiastical influence they represented.

It is worth noting that one of Pont’s (ca. 1583-96, map 36: see picture right) records what appears to be a church site, only providing the description ‘St’, probably as a result of the incomplete nature of the map. The location of this means that it could represent a reference to either *Kilchainie or Cill Amhlaidh. The fact that only one of the sites appears to be listed here may, however, be reading too much into the map, considering its complexity and incompleteness.

Ultimately, it is very difficult to say anything with certainty about the origins of this dedication since it becomes visible in the sources relatively late. Additionally, the complete lack of archaeological evidence further complicates the situation and makes it difficult to establish any chronology of the site. As is often the case with saints’ cults, although an early medieval dedication is possible, this does not necessarily indicate that St Cainnech was directly associated with this site or was ever here. It is, however, interesting to note that although the name of *Kilchainie does not survive, the association between the saint and this site remained embedded in local tradition. Mac Iain (1888, 111) writes that ‘the district where this church is, is called Ardkenneth, being so named after St. Kenneth, a famous priest who had the whole spiritual government of South Uist in his time’.

See St Coinneach for further discussion of this saint.

Other Sources
OS Name Books (OS1/18/10/83): ‘This name signifies Kenneth's Height and is applied to a small district of cultivated land between Loch Bee and the public Road Propt. [Proprietor] John Gordon Esqr.’ 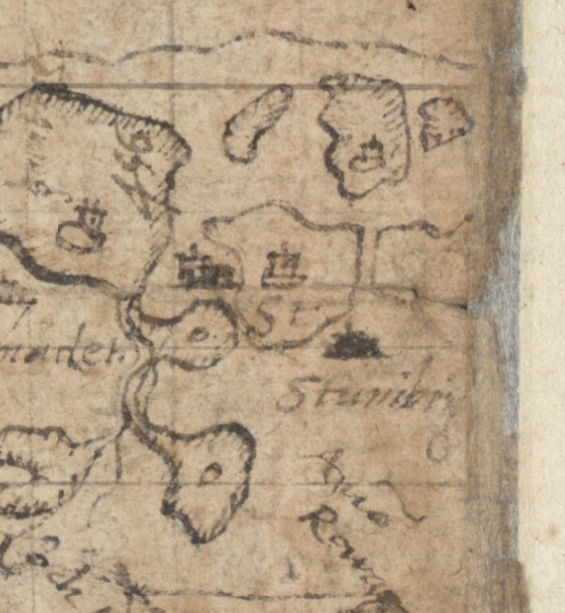